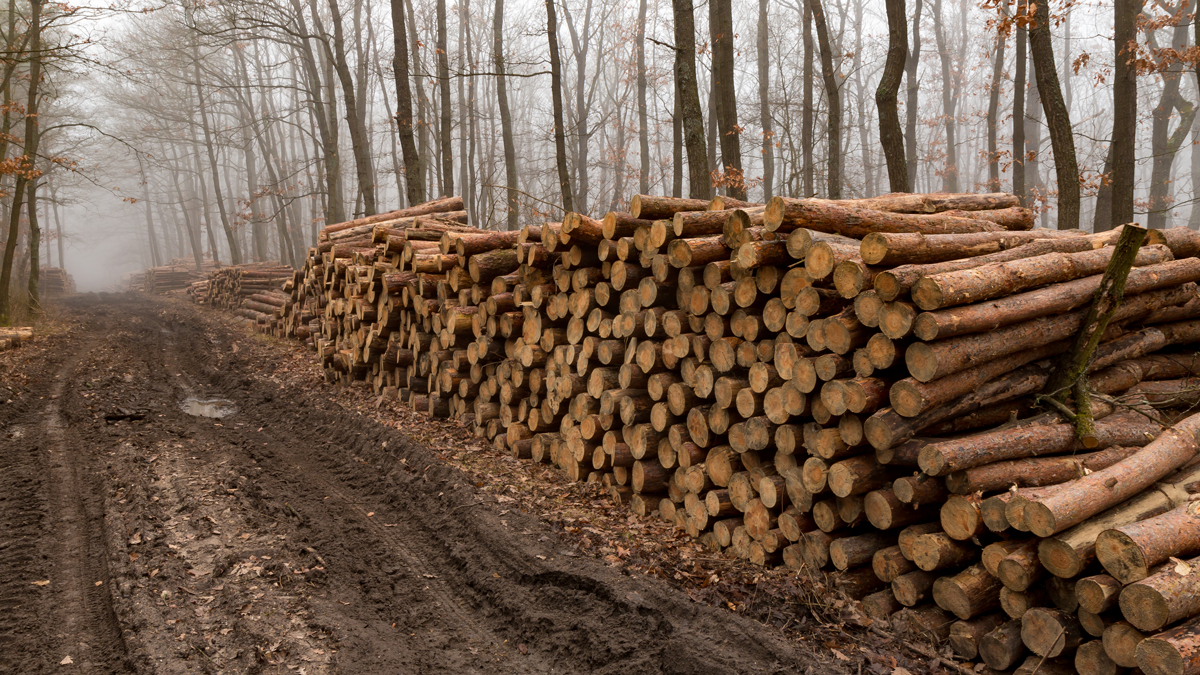 In Romania organized crime is at the centre of illegal logging. Stories of murdered forest rangers make global news headlines year after year.[1] Members of a large network thriving on illegal logging have been resorting to violence. This leads to the death of those standing in their way. They prefer this method over giving up their source of profit, which is generated by cutting down forests with no legal paperwork..

In 2019 Romania’s authorities announced that over half of the commercialized wood can be traced back to illegal sources. [2] After raising alarm bells for many years, that was the moment when the concerns of environmental organizations such as Declic were confirmed. Of the 38 million cubic meters of wood felled per year, a mere 18 million were licensed and accounted for.

In absence of the transparency norms required by law, the 20 million cubic meters of stolen wood had reached the market ‘looking legit’. [3] [4] And to this very day the official electronic wood tracking system (SUMAL 2.0) continues to allow for multiple transports via a single-load approval as well as allowing for trucks to be overloaded. This happens due to the authorities’ refusal to publish the data that would stop such practices. Legal and illegal wood are mixed together when loaded onto trucks. [4]

Companies such as HS Timber receive transports of wood cuttings based on legal documents. However, the trucks entering the gates of HS Timber are carrying illegal wood, too. They were added to each truckload.

Taking into account that stolen and illegal wood is added and transported in overloaded trucks, HS Timber’s statement claiming that all wood it purchases is legal, is not credible. As long as SUMAL is not making available the data to trace the wood, and as long as wood transports are not verified each time they leave the forest, illegal wood will be added and will reach the market together with the legal wood. In the meantime, international markets will continue to receive stolen wood from Romania.

Under these conditions the measures and actions taken by HS Timber can in no way meet FSC’s criteria stipulated in it’s Framework Conditions. At best they offer the appearance of legality and transfer the responsibility for laundering to the middlemen HS Timber buys the wood from.

A company selling immense quantities of laundered wood is responsible for perpetuating a system of organized crime. In the case of Romania this system led to the death of 6 forest rangers so far.

We are kindly asking the Soil Association and FSC to carefully consider the facts presented in this letter and to confirm that HS Timber has indeed not met the criteria to re-associate with FSC. Complete traceability, from the forest to the factory, is far from being the reality. A genuine traceability right from the place of harvest remains the only guarantee that HS Timber, better known as Holzindustrie Schweighofer, is not continuing to buy stolen wood.

[1} BBC – Romania forest murder as battle over logging turns violent
[2] Organized crime and corruption reporting project – Oak and Omerta in Romania: Saving the Lungs of Europe
[3] Norms reffering to the origin, movement and marketing of timber, the arrangements for the storage of timber and instalations of roundwook processing, as well as those on the origin and movement of timber intended for the private consumption and certain measures for implementing the provisions of the Regulation (EU) no. 995/2010 of the European Parliament and of the Council of 20 October 2010 establishing the obligations of operators who introduce timber and timber products on the market, 25.06.2020
[4] Organized crime and corruption reporting project – Romanian Logging: NGO Raises Transparency Concerns
[5] Emerging Europe – Romania’s new timber traceability system removes public transparency