People of Romania ask the UN for help 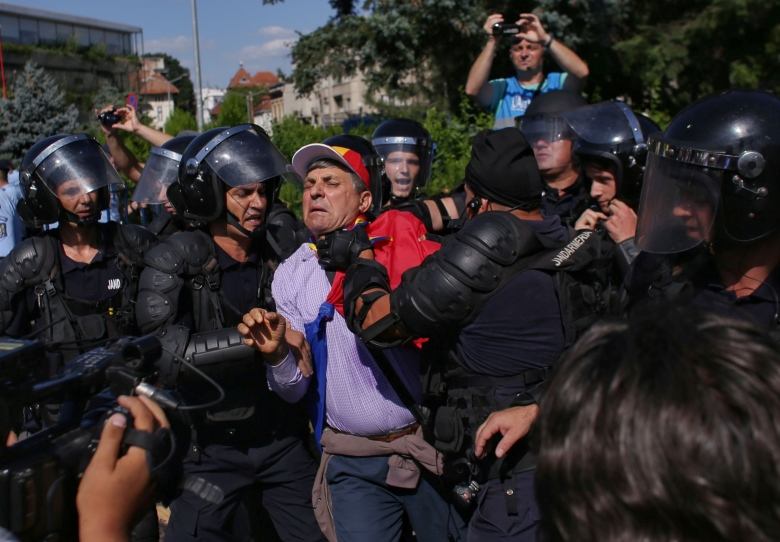 We, the signatories of this letter, ask for your help in investigating and sanctioning the abuse of the Romanian Gendarmerie committed on August 10th. More than 100,000 citizens participated peacefully in Bucharest at the diaspora rally, in order to express their dissatisfaction with the change of the laws of justice and the penal code by the ruling coalition.

On August 10, the Romanian Gendarmerie disproportionately interfered with the demonstrators. They used tear gas, shrapnel projectiles and water cannons. There were thousands of people of all ages, including elderly people, children and pregnant women exercising their democratic right to protest [1] .

The photos [2]  and videos of that day show that the gendarmes used excessive force, that they released irritating gas at intervals of 15 minutes, that they hit people at random, including those with their hands raised in a gesture without aggression. Four Israeli tourists [3]  and eight journalists have fallen victim  to the Gendarmerie force [4], including reporters from the Austrian public television and the German newspaper Deutsche Welle [5] .

The Gendarmerie instigated the violence against protesters, but has been distributing fake news, by the official spokesperson that female gendarmerie has been injured permanently.

One day after the violence, the Ministry of Internal Affairs declared that the force was legitimately used and that the gendarmes acted in self-defense for the restoration of public order. In the press conference, authorities said it was impossible to separate violent individuals. They admitted that tear gas was used.

Consequently, we ask the UN to start a proper analysis of the evidence and to assess the allegations of human rights violations. Last but not least, we ask you to reconsider the opportunity of the presence of Romanian gendarmes in international peacekeeping programs.

Tudor Brădățan, Declic, Romania on behalf of signatories of the petition The Romanian gendarmerie is toxic. People of Romania ask the UN for help

[1] The Geeks for Democracy crowdsourced platform ‘The abuses of the Gendarmerie’.
[2] Photos from Documentaria.ro
[3] G4Media article and video.
[4] Testimony of Alex Costache and Ramona Avramescu, journalists of TVR, the public broadcasting channel.
[5] Deutsche Welle article.
[6] Testimony of Valentin Stănescu, citizen participating in the protest that was beaten by the Gendarmerie and was taken to the hospital for head injuries.
Foto credit: Inquam Photos/Octav Ganea